post-title portfolio-title Destined no no 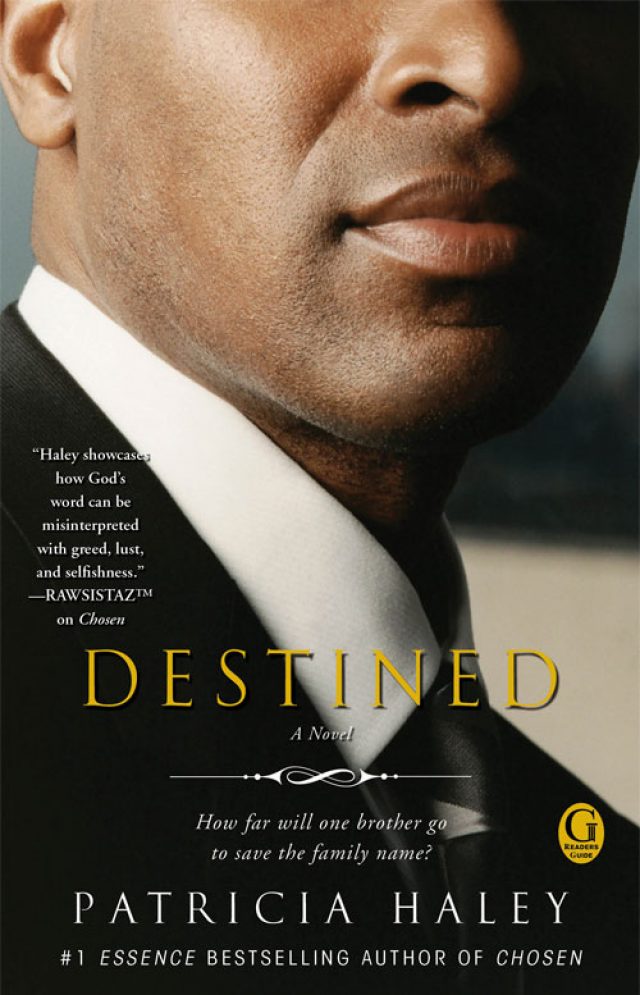 Chosen started the war. In Destined, brother battles brother for ultimate control of their father’s multimillion-dollar ministry in the captivating second novel from Patricia Haley’s provocative new series inspired by the biblical kings David and Solomon.

Don Mitchell thought he’d left DMI headquarters behind forever when he fled to South Africa after his dying father chose his younger, inexperienced half brother Joel to run the thriving family business. But he could not ignore Abigail’s dire request to return to Detroit. After three years of exile, torn between self-preservation and undying devotion to the woman who was once his father’s trusted assistant, he’s considering a plan to secretly assume control of the ministry that Joel, plagued by a slew of illicit affairs and poor business judgment, is plunging into ruin. When his estranged sister refuses to help him, Don must decide whether to stand up and fight a war he never wished to ignite. Should he face down his power-hungry brother to save the ministry his father worked so hard to build and take a chance on an unrequited love he never dreamed Abigail would reciprocate or should he return to the tranquility he’s found in South Africa along with the budding drama-free relationship he left behind? Patricia Haley’s evocative modern-day interpretation of these popular biblical tales will keep readers riveted until the stunning conclusion, when the entire fate of a family rests on their ability and willingness to forgive.