post-title portfolio-title Redeemed no no 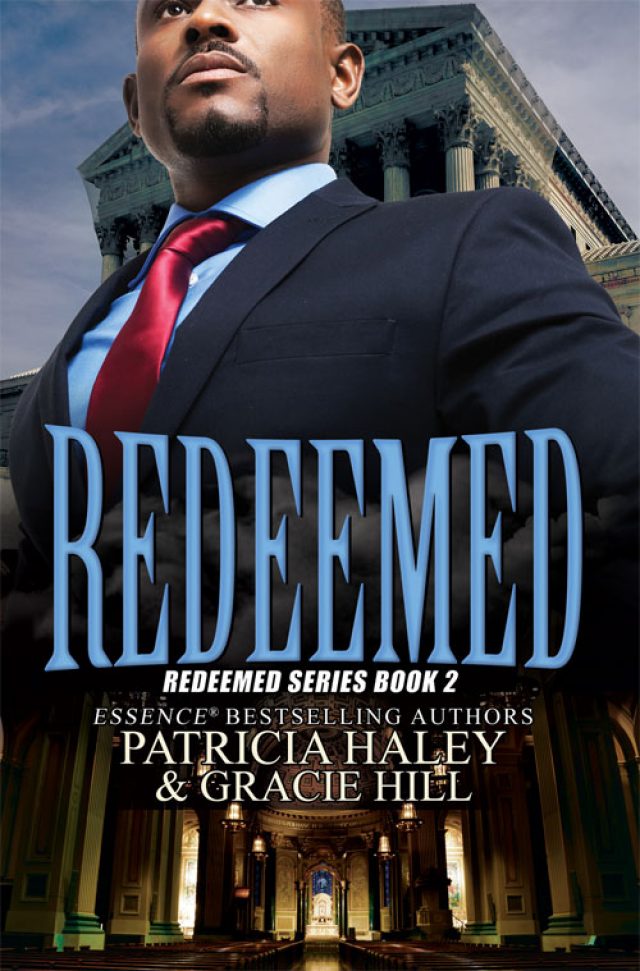 #1 Essence & Christian fiction bestselling author Patricia Haley teams up with national bestselling Gracie Hill in this edgy new drama series based on the biblical Apostle Paul and his journey from sinner to saint. Together Patricia and Gracie tackle matters of faith, church drama, religious hypocrisy, bitterness, and love in the Redeemed Series: Book #1- Relentless, Book #2-Redeemed).

Seemingly flush with success, everything isn’t what it appears for the hard-hitting civil attorney, Maxwell Montgomery, who has his own way of tackling his demons from the past. His self-appointed journey to root out corruption in the church has cost him greatly, and the price continues to rise as his personal life completely spirals out of control. The estranged relationship with his family showed signs of reconciliation at the end of Relentless but it has since fizzled. His former love interest is engaged to someone else, and his troubles don’t stop there. Maxwell is secretly battling an unexpected burden of guilt when he is forced into wondering if his insistent pursuits might have landed an innocent man in prison. Instead of dealing with his conscious, Maxwell shoves the emotions deep within and presses on to the next case. Along the way, he amasses quite a list of enemies, including his former paralegal who is desperately seeking retribution.

With the weight of his mission becoming too heavy to bear, Maxwell doesn’t know where to turn or who to trust. Despite his high-flying lifestyle, his past finally catches up to him. Yet, Maxwell is still unwilling to surrender until an avoidable set of circumstances forces him to make a life-changing decision. Having fallen so far, his only shot at redemption is through God’s mercy, but will the mighty Maxwell Montgomery forego his pride and accept it?