post-title portfolio-title Relentless no no 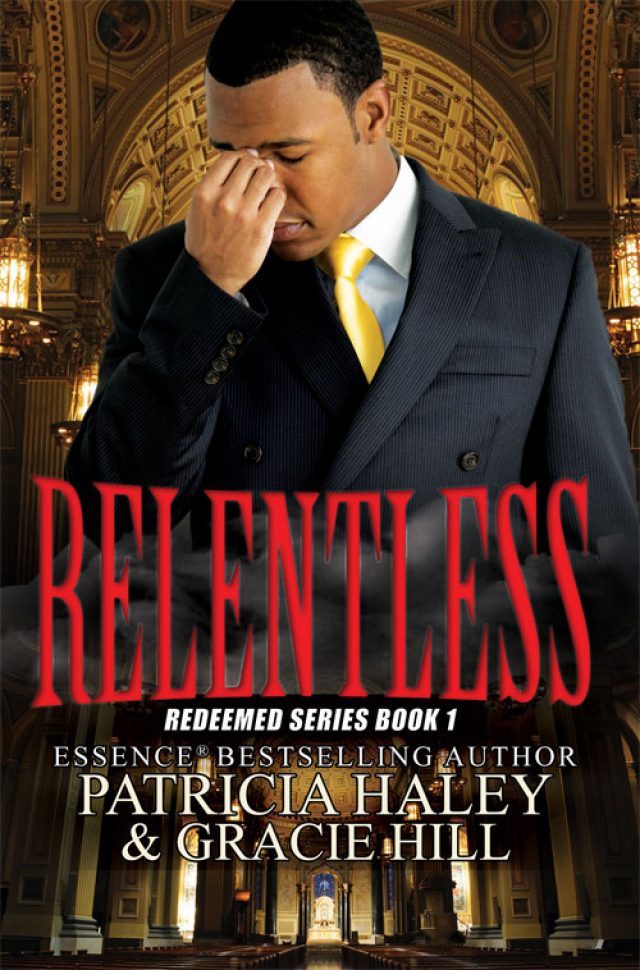 Attorney Maxwell Montgomery has amassed a long list of legal victories in the war he’s waged against corruption and religious hypocrisy, single-handedly bringing down one of the most popular churches in Philadelphia. Estranged from his family and uninterested in committing to a serious relationship, Maxwell appears heartless and full of disdain. His resolve isn’t fueled by strong spiritual convictions, however. It stems from adversity in his childhood.

#1 Essence bestselling author Patricia Haley teams up with Gracie Hill in this edgy new drama series based on the biblical Apostle Paul and his journey from sinner to saint. Together Patricia and Gracie tackle matters of faith, church drama, religious hypocrisy, bitterness, and love in Relentless (Redeemed Series- Book #1).

Maxwell’s parents were devoted church members who followed their leader blindly into a get-rich-quick-scheme that went terribly wrong. His cushy, middle-class life was ripped from him when his father was convicted of fraud, lost his job, house, car, life savings, long-time position as church treasurer, and credibility in the neighborhood. Maxwell’s mother was also convicted and served nearly a year in prison at a critical time in Maxwell’s childhood. Tossed from their home, he barely escaped foster care as an abusive aunt agreed to keep him and his sister until their parents were released from prison. Seeds of bitterness were deeply planted as Maxwell watched the pastor walk away with no consequences and his reputation intact.

Maxwell has vowed to never again let his fate be dictated by anyone else – not his parents, not God, not his on again-off again relationship with Nicole, and definitely not the church. He is determined to be successful, powerful, and rich enough to never end up like his father, and never to need God or the church. No one is immune from his vengeful pursuit – or so he believes.

Success abounds. However, Maxwell isn’t prepared for the surprise headed his way and the price he’ll have to pay.